Owning a gallery in Portland is about as mysterious as a procumbent fern growing on the side of a cinder block. I wanted to see how a gallery, whose art I have consistently identified with, got on in this art-strange and "strapped" city of the Northwest. 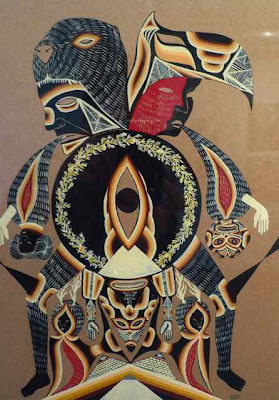 It is impossible to hate any of the shows the Together Gallery puts on. I spoke with Timothy Karpinsky, the artist and man-o-war who connects solid ideas with great artists who contribute perennially. My main questions: What was the genesis of the well-oiled machine that you and fellow co-owners run? and, how do you function as a successful gallery when no one is really buying much art in Portland?

Timothy has meandered through Portland, occupying numerous spaces dedicated to design and art. Originally, he was downtown in an over-sized studio doing more design than art (design continues to be his "day" job on the side) to pay the bills. During the 6 years that Timothy had lived in the Alberta Arts District his house functioned as the focal point of an art community, while he showed work at local coffee shops with friends. Slowly, the ratio of art become dominant to the design and Timothy wanted a new space to work in outside-of-home and in which to show art. "It was just an idea," he remarked about the loose search for a working gallery. 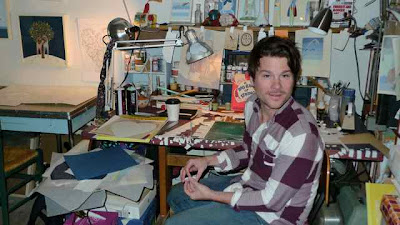 While skating by a building in the Alberta Arts District, Timothy noticed an older couple moving furniture in and out. He asked if he could help them move some things and checked out the space, which was flooded with storage and claptrap and owned by a Yugoslavian couple. Timothy made an offer of $800 a month for the space, for work and for exhibiting art. The man said he would think about it; within an hour the Yugoslavian called him to make the deal. The first show in this building opened on a last Thursday 4 years ago. 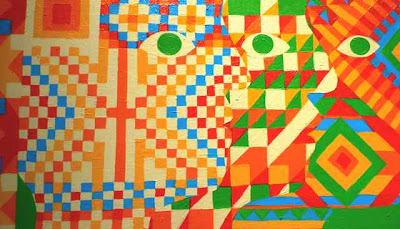 At first, Timothy and friends showed their personal works in the gallery while working in the back. Despite the well-received showings and the seriousness that ensued, the building had its issues: there was only one electrical outlet, the roof leaked and there was no heat. The conditions edged on miserable. Timothy recalled that while working, they wore blankets to keep warm and they could see their breath. Despite all this, they decided to tough it out for 2 years, producing art, zines and books as well as showing work in the gallery.

The good things said about Together Gallery circulating around got back to Timothy and friends of Together gallery. Submissions started coming in every day. With backgrounds in design, the group created a strong logo design 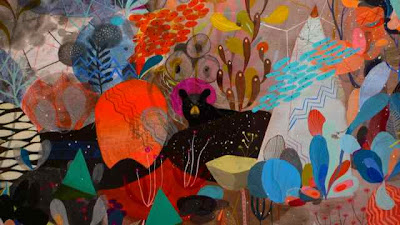 and a killer website that brought definite attention. Having established regular hours and created a welcoming environment Together Gallery was turning into the real deal. In response to artist friends from Los Angeles and San Francisco who saw the development wanted to participate, the Portland gallery began showing a mix of out-of-town and local art. The co-op has since churned out consistently good shows.

Meanwhile, as the gallery's first painting for $1,000 sold online the Together Gallery participants were floored. Even now, half of their business survives with online sales originating mostly from L.A. and San Francisco. 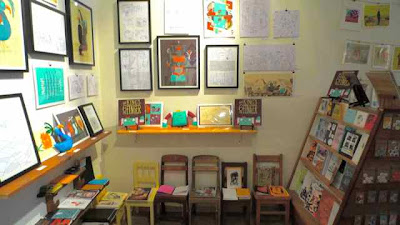 When the current and more traditional gallery space, with a workshop in the back, became available, Together Gallery decided to take the risk--and it was well worth it. After completely gutting the interior and building out the new gallery/workspace to their liking, the second goal was to go after bigger artists. "It's not hard anymore now, we just choose who we want to show," said Timothy. Nonetheless, friends, volunteers and fellow studio mates' partners have all shown their art in the gallery at one point in time. Everyone gets their fair share of real estate. Everyone chips in here; this is an honest portrait of a hard-working co-operative at its best.

Still, Timothy comments that selling art in Portland is hard to do. Together Gallery would have gone out of business a long time ago if they solely relied on Portlanders to pick up the art slack. It seems like everyone here wants to be an artist, but they cannot contribute financially to the community. Timothy spoke about the fact that there's money in Portland, for sure. Yet people are willing to spend money at IKEA on cheap mass-produced art prints and spend an absurd amount of money on gastronomical eats and drinks. The art-mind in Portland is a "slow on the uptake" kind. It doesn't take long to save up for a piece that someone invested so much time and emotion in, it's well worth the micro-fortune. There are not many places to show art of this certain genre and it's a mystery still how blue chip galleries survive here with such costly works of art. 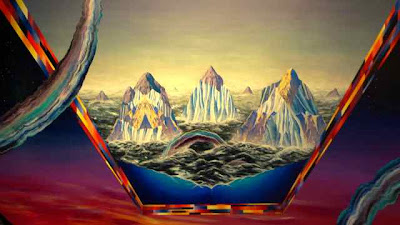 At Together Gallery, most people buy the affordable handsome zines--practically no money is made from those sales. And yet, Together Gallery aims to sell affordable art, ensuring that at least half of the art is under $500 so even starving collectors can afford works at every show. The majority of works featured on a project space on the back walls of the gallery are affordable and 99.9% local.

I asked Timothy about the artists that he seeks out and what he looks for. He is a skilled self-taught businessman that finds reliable, professional artists that he knows will be consistently good. The great thing about Together is that anything goes. The artist Doodles slept in the gallery for a week during his show. In an upcoming show called SCUBA, artists will have free range over the whole gallery. Timothy hopes they cover every square inch of the gallery with art: "We don't have the same rules that other traditional galleries do."

Together Gallery is located at 2916 NE Alberta, Suite A. Gallery hours are Tuesday-Sunday, 12-7pm, or "By appointment of chance." For a complete listing of artists, see the Together Gallery website.